The three companies merged in 1974 to become Martin Industries, Inc. While the consolidated businesses had a short run of prosperity, in 2003 the company declared bankruptcy and closed.

King Stove & Range Company of Sheffield Alabama was known as the Lizzie Lowman Stove Company prior to its purchase by King Hardware in 1905. 1 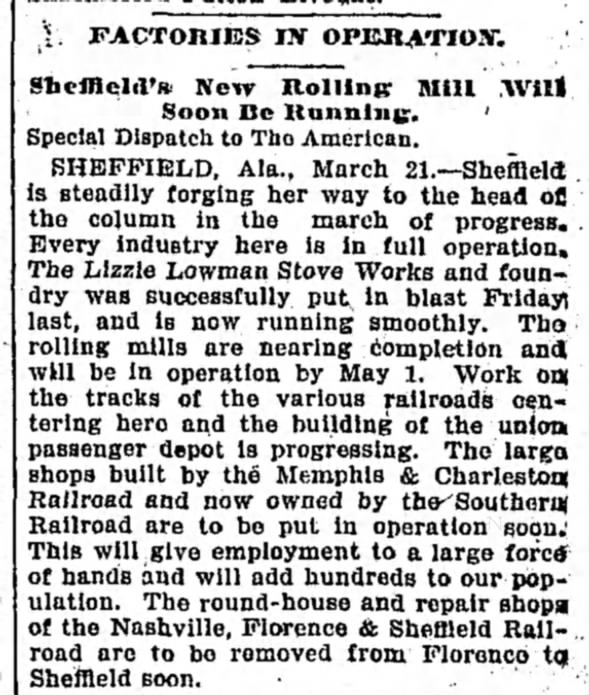 King Hardware purchased Lizzie Lowman for $9,000 – via 157 shares of King Hardware and $33.33 in cash. 2 William H. Martin – a retail salesman and stock manager for King Hardware since 1891 – was sent to Sheffield to manage the new concern – now named King Stove and Range – as its President. 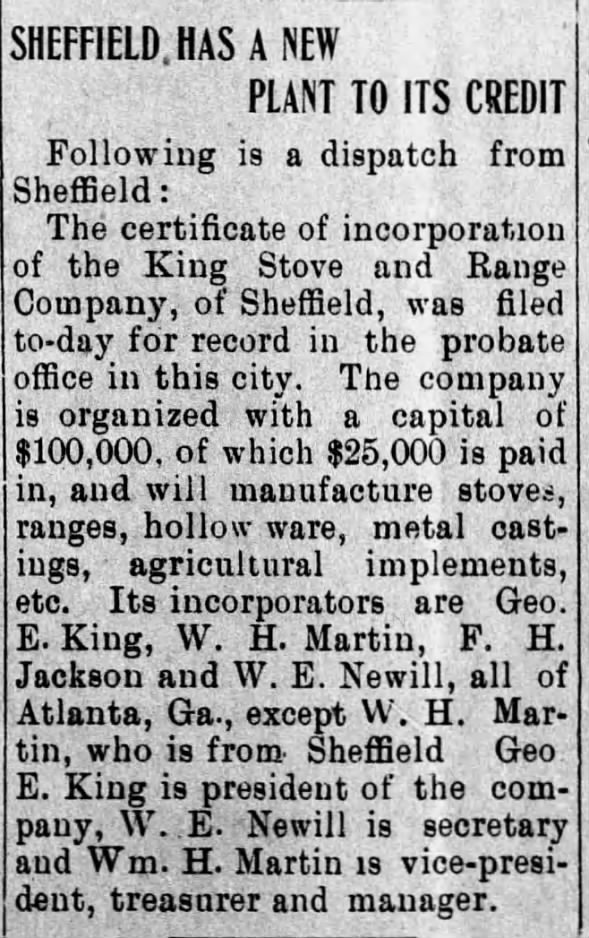 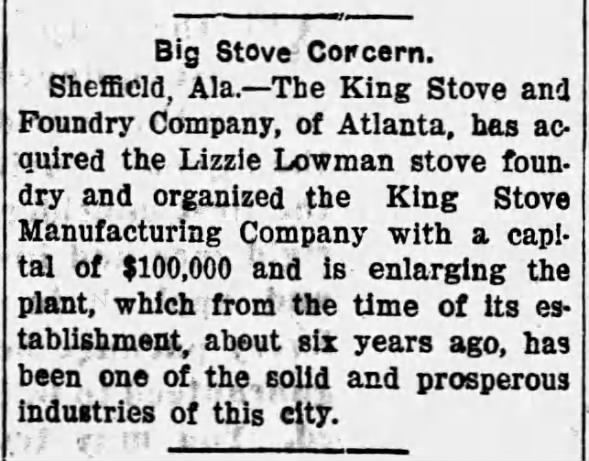 King Stove & Range Company had its share of labor disputes, which was not uncommon for the time. Many foundries had employees go out on strike; the companies opposed efforts of foundry workers to unionize. There were widespread reports of striking employees “strong-arming” non-union workers.

The labor unrest at King Stove & Range even resulted in a “street duel!”

In an act widely suspected to be arson at the hands of union workers, the King Stove & Range plant was set on fire. 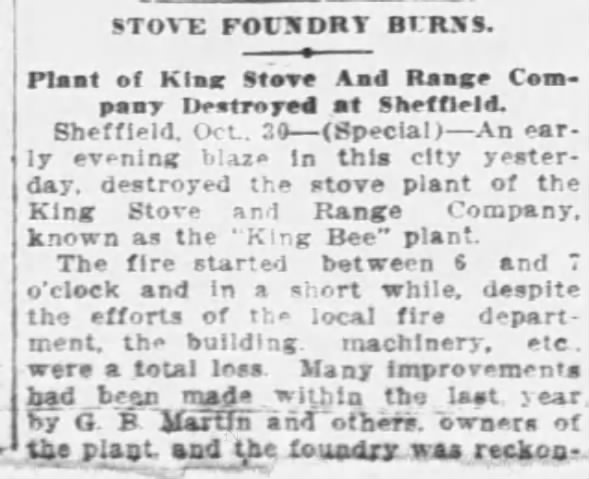 The King Stove & Range Company manufactured “Martin” coal and wood heaters, stoves, and ranges. Accessories for stoves such as cast iron hollow ware were also produced to be sold alongside the stoves, as was common at the time.

The Martin brothers expanded their holdings in 1918 when they purchased the Florence Foundry. 3 The foundry was located in Florence Alabama, just across the Tennessee River from Sheffield.

In 1939, the Martin brothers further expanded their interests when they bought a manufacturing plant in Huntsville, Alabama at an auction. This company was renamed the Martin Stamping and Stove Company, and produced a small line of unvented gas heaters.4

Merged and reorganized as Martin Industries

During this reorganization, the Sheffield plant (fka King Stove and Range) discontinued its foundry and was converted into and fabricating plant.

The Foundry of the Shoals acquires Florence Plant

In 1987, Martin Industries, Inc. sold the Martin family’s interest in the Florence plant to a partnership of employees at the facility.  Operation continued at the foundry under the name “The Foundry of the Shoals.”

A sad ending to a long run started by the two enterprising Martin brothers.